← more from
Hospital Records
Get fresh music recommendations delivered to your inbox every Friday.
We've updated our Terms of Use. You can review the changes here. 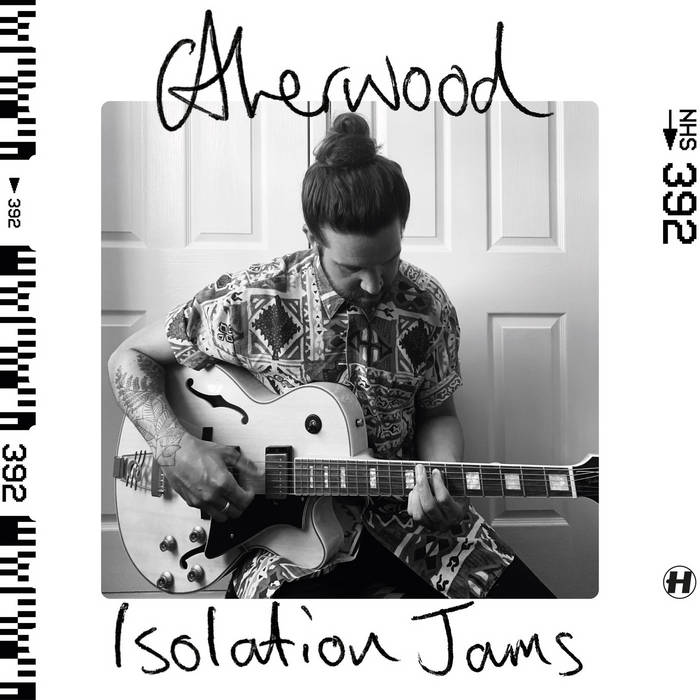 ‘Isolation Jams’ is the beautifully stripped-back acoustic exploration from former Med School headliner, now Hospital Records sensation, Etherwood, created during our unexpected period of isolation in 2020. Known for his deeply soothing and uplifting drum & bass, Etherwood strikes heartstrings with six acoustic covers of his own well-loved D+B anthems, plus Wilkinson’s ‘Afterglow,’ in a series that came to life from his own home. This wonderfully unique seven-track release showcases Etherwood’s raw flair as a multi-talented artist, bringing his soulful vocals and meaningful lyrics to light.

‘Isolation Jams’ opens with a moving rendition of one of his most loved tracks to date, ‘Begin By Letting Go’ taken from his self-titled debut album in 2013. Heavily sustained guitar strings lead us in, remnant of the anticipation evoked in iconic tracks by Pink Floyd, one of Etherwood’s earliest influences. Spacey improvisation develops into arguably the most anthemic of Woody’s lighter-raising productions as we absorb his ethereal vocals and catchy guitar progressions, this 2020 acoustic rendition adds yet another layer of depth to this D+B ballad that has stood the test of time.

With his adaptation of ‘Afterglow’ Etherwood reimagines the original to create a poignant reflection of the times, with the slow tempo mirrors the sleepy pace of isolation. The lyrics, ‘even though the dancing’s done’, originally sung by the incredible Becky Hill, find new meaning in the colourful memories once shared and remind us of the healing power of musical experiences.

The EP draws warmly to a close with ‘Clouds’, pure, understated food for the soul. With a moving stripped-back, vocal lead from Phoebe Freya and moody guitar plucks. It’s clear that even when you peel back the drums, and the bass, Etherwood’s singer-songwriter talent shines through, laden with atmosphere and emotion.

With three successful albums under Etherwood’s belt, ‘Isolation Jams’ is an exciting new addition to his collection. His debut album ‘Etherwood’ gained support from a variety of BBC Radio 1 and 1Xtra DJs such as Annie Mac and MistaJam, and also saw club support from tastemakers such as Netsky and Sub Focus. Etherwood’s second album ‘Blue Leaves’ flew straight to the top of the iTunes Electronic chart, sparking two nominations in the Drum & Bass Awards: ‘Best Producer’ and ‘Best Album’. Etherwood is no stranger to the BBC Radio 1 playlist, featuring with tracks such as ‘Forest Fires’ his Fred V & Grafix collaboration and ‘Light My Way Home’ ft. Eva Lazarus. He also had the honour to perform his own live session at the iconic Maida Vale studios, and featured on Crissy Criss’s highly exclusive ‘Xtra Talent’ show on BBC Radio 1.

Etherwood is undoubtedly one of the most promising young talents in the scene today. Originally from Lincoln and now living in London, Woody has already captured the imagination of thousands across the globe with his achingly beautiful beats and heartfelt melodies. ... more

Bandcamp Daily  your guide to the world of Bandcamp

Trevor de Brauw of RLYR and Pelican stops by for a chat, plus a tribute to the late Trevor Strnad